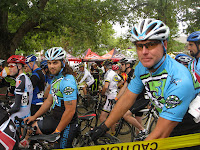 This coming weekend is the Murrysville CX race. Team Ag3r-ButlerHealthSystem is a co sponsor of the event. We plan on having a near full turn out of team members ( ten are registered) in support of Freddie Fu and UPMC. This event is one of the favorites that we will participate, featuring an off camber section, muddy run up and jump the shark barriers. Last two years we had plenty of wind and rain.
Last weekend Kirk, Steve, Mike and myself went to Marilla Park in Morgantown. This race featured a very steep and long run up that thank God was not too wet. True to fashion the fans lugged into the park their front porch couches and reclined while spectating. I should have known we were only miles away from the WVU campus. Beer and donuts were featured at the top of the run up and none of it was found to be actually consumed as intended for. Do not do this at home.
While there is plenty of CX racing left we have early leaders in several categories.

Dirty Mike; PT Barnum award for self promotion bringing to life the "Double Cross" series.
Steve "Hacksaw" Brewer; Steely McBeam award for twisting the most metal and leaving the largest debris field since the Evil Knievel ditched his bike over the Grand Canyon.
Brian "Mario" Hopkins; Gets the Al Gore award for using up his lifetime of Green credits in one weekend in search of the perfect race in Cincinnati. He didn't bring home any Skyline Chili. Thats code for missing the podium.
Steve "Squeaky" Marlette; The only racer in a complete season never to shower as he has yet to get dirty in a single race. Hey let someone pass you and see how it feels to eat mud for a diet.
HD "tube tied"; still experimenting with "Optimo Air" pressure and only finding out their will be a new class for the most pinch flats in a season. Oh yeah a record he already owns from last year.

For the rest of us we will keep on trying to get to the podium one step at a time. Come on down and watch.
Posted by Skir at 4:07 PM No comments: 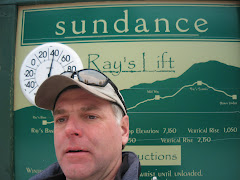